Microsoft Family Safety, thanks for helping me lose my f-ing mind 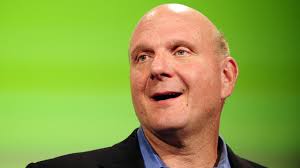 Microsoft has a new product baked into windows 8, (supposedly it works for windows 7 as well but that’s beyond the scope of this post). It’s called Microsoft Family Safety and it’s supposed to help keep your kids from looking at inappropriate websites. I bought a new laptop for my son and thought it might be useful to try it out. While the tool lets you set parental controls what I was more interested in was it’s reporting tool. In theory you can setup the system to let your child visit any site they want but it will then send you a report (or I guess you could login to the microsoft site) and see what websites your child is visiting. This is the option I wanted, I figured I’d let my children know they could visit any site they wanted but that I would know about the sites and if I saw anything questionable we would have a talk about it. According to the user control panel all I had to do was create an account and make it a “child” account and it even stated that anytime I wanted I could remove the child status and use the same account (I wouldn’t have to delete and recreate it). So I do this and try it out, first thing I notice is that minecraft is blocked, ok that’s annoying but I was going to turn off the blocking anyway so this is just a minor setback. Next I try going to gmail, guess what that’s also a site that Microsoft deemed inappropriate. Also I should note that the error message you get when trying to go to gmail.com is that the certificate is invalid (not exactly the most user friendly way of explaining what’s going on but it’s Microsoft). Great, I go into the control panel and try to change the settings but you can’t. Apparently you have to go to the Microsoft website if you want to change any of the setting other than adding removing users from the “child” setting. Of course I don’t know this because it doesn’t state this anywhere in the user admin tools. This would have been on line of text that could have been added at the bottom of the screen if they wanted to be nice they could have even provided a link to the page. I honestly think sometimes the usability people at Microsoft might be on drugs, or more likely they’re a little too close to their work and don’t see where they could provide some clarity.

UPDATE: I got it working but now every night at 8:00 it tells me the computer “is no longer being monitored”.

UPDATE 2: Family Safety is now working and I like how I get a report once a week with a list of the sites my son visits. But I still think someone is asleep at the wheel when it comes to usability.

The following link proves that I own this domain for use with the Mastodon social media platform @fiendishplan on indieweb.social